What do the dollar sign, lassos, cowboys, horses, corn, and barbecue all have in common? These things have Hispanic roots, and all – except the dollar sign – existed before the creation of the United States in 1776. However, the Hispanic origins of these items are rarely mentioned. 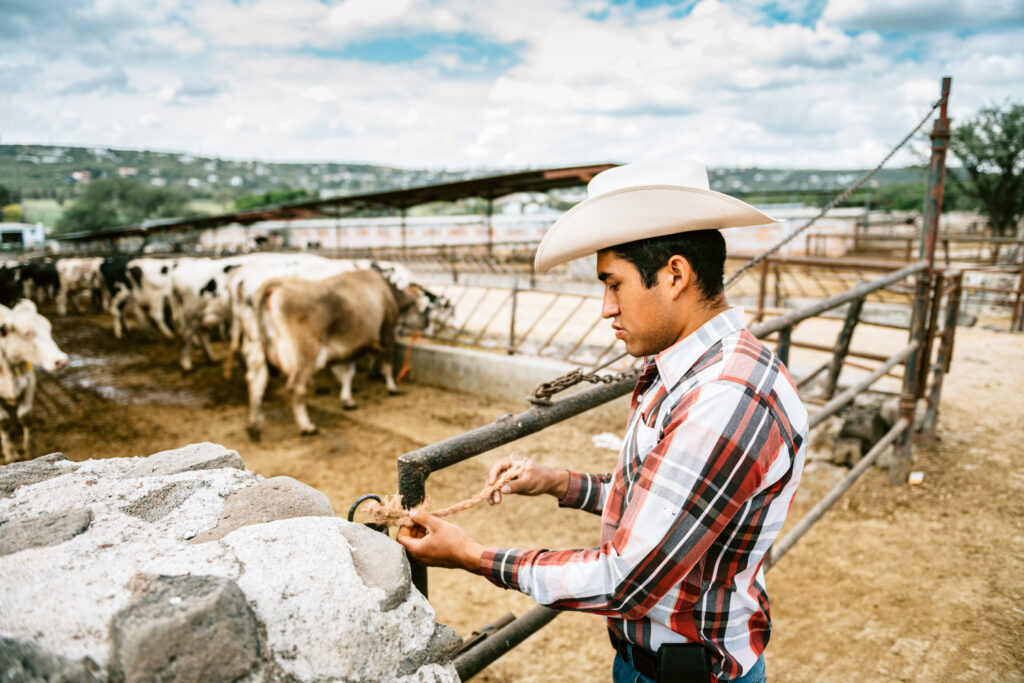 Hispanic Heritage Week – later extended to a month in 1988 – was intended as a way to ensure that Latino contributions weren’t overlooked. It was meant to put Hispanic heritage at the front and center of American consciousness.

Decades later, brands are still trying to find their footing in their Hispanic Heritage Month celebrations. Challenges include everything from who qualifies as Hispanic to whether to call this diverse ethnic group “Latino,” “Latinx,” “Hispanic,” or “Latine” in marketing materials and whether to communicate the message in English, Spanish, or Spanglish.

Since the Black Lives Matter movement, organizations have become more aware of the need for inclusive marketing, and they are under pressure to avoid being seen as tokenizing and monetizing a culture. At stake are brand reputation and trillions of dollars in revenue.

Over 50% of people ages 13-49 have stopped buying from a culturally illiterate brand, saying it offended them or disrespected their values, according to the Hispanic Marketing Council. And a majority of people in the U.S. (57%) say that brands have contributed to racism in their communications and advertising, according to Kantar & Affectiva’s 2021 “Power of Inclusive Portrayal in Advertising” report. 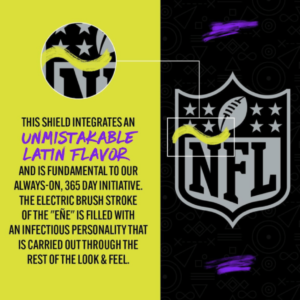 This year the National Football League (NFL) roused the ire of the Hispanic community when it replaced the “N” in their logo’s name with an “eñe” for Hispanic Heritage Month. Twitter users called out the logo change because it was grammatically incorrect. “Nacional” in Spanish is spelled with a regular “n.” There is no eñe. It’s the equivalent of purposeful misspelling.

The NFL also included the phrase: “Unmistakable Latin Flavor” on their social media posts. In addition to reducing Hispanic culture down to food, the phrase evoked coded language like “flavor” and “spicy” that has been used historically to portray Latino people as foreign and different.

Stereotyping can have real consequences for the very community that brands are trying to reach. For some non-Hispanic Americans, media, advertising, and marketing portrayals of Latinos are the only versions of this ethnic group they see. And, these images are usually not positive.

“Overall, about 24% of Latinos say someone has discriminated against them or treated them unfairly because of their background, while 22% someone has criticized them for speaking Spanish in public. About 20% say they have been told to go back to their country,” according to a telephone survey for the Pew Research Center, taken after the 2018 presidential election. Contrary to this stereotype, 80% of Latino residents of the U.S. in 2021 were citizens, and 72% of those aged 5 and older spoke English proficiently. 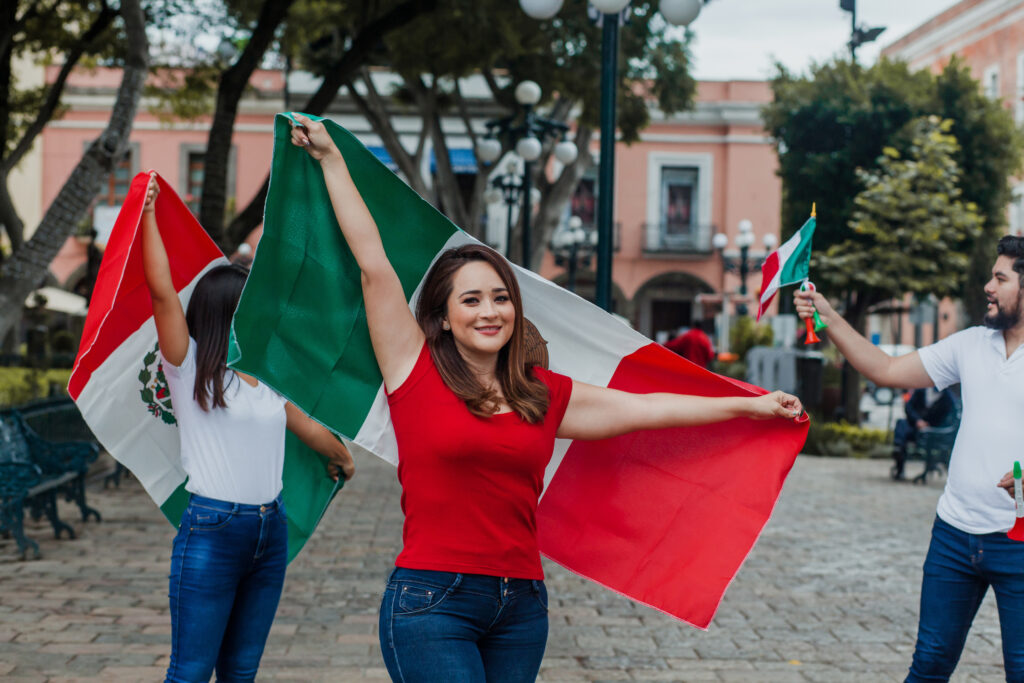 Consumer campaigns that have taken a comprehensive, authentic approach to honoring Hispanic history and contributions have the opportunity to gain brand loyalty.

With a population of 62.5 million people, the total economic output of Latinos in the U.S. was $2.8 trillion in 2020, according to the Latino Donor Collective, a think tank dedicated to reshaping the perception of Latinos as part of the American social mainstream.

“If Latinos living in the United States were an independent country, the U.S. Latino GDP [gross domestic product], would be the fifth largest GDP in the world, larger even than the GDPs of the United Kingdom, India, or France,” the collective reports.

Despite its missteps, the NFL has made some positive moves. For the second year in a row, the league is partnering with the Hispanic Heritage Foundation to sponsor the Youth Sports & Fitness Awards, which recognize Latino youth. During the third and fourth week of the football season, more than 200 players across the league will wear a helmet decal of the country or territory’s flag that represents their nationality or cultural heritage. About a dozen Latino players will be participating.

“These brands showcase two elements: 1) strong commitment to the Hispanic community and 2) excellence in marketing executions that authentically resonate with the cultural traits and needs of Hispanic consumers,” according to Collage’s results.

Walmart has a curated collection of Latino-owned and related products in its “Together somos más” hub, which was created for Hispanic Heritage Month last year, but remains up on their site. The hub features brands such as preschool bilingual educational company Canticos and The Honest Company, which makes sustainable baby, beauty, and cleaning products.

Walmart also donated $5 million to the National Museum of the American Latino to support the museum’s planning, design and construction and to help launch engaging virtual public programming. 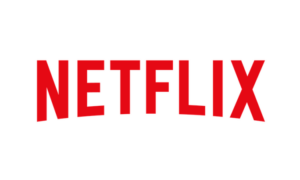 Netflix has organized its content, both in English and Spanish, into its own category to make it easier to find shows and movies that are about Latinos and/or by Latinos. Netflix has spent the last few years investing in creating content like “Yes, Day,” “Mr. Iglesias,” and “Ashley Garcia: Genius in Love” to tell a wider range of Hispanic-centered stories that aren’t based on trauma.

But there is still a long way to go for true representation on store shelves and on television.

Walmart’s Hispanic Heritage Month hub collection includes products that are not Latino-owned. In analyzing the 345 most-streamed shows in 2021, 25% had a Latino share of audience that was above 19%, indicating that Latinos were more likely to watch those shows, according to a recent Neilsen report.

At Netflix’s request, University of Southern California-Annenberg researchers analyzed 126 Netflix original movies and 180 original scripted series airing from January 2018 through December 2019. Only 4.7% of leads and co-leads in TV and movies were of Latin American or Spanish descent in the shows reviewed. To be proportional to the Hispanic population in the U.S., that figure should be closer to about 20%.

Products by Latinos, for Latinos

Faced with underrepresentation and not seeing themselves represented authentically in the marketplace, Latinos have taken control of their own narrative by creating their own products and spaces. For these entrepreneurs, it’s not just about making and selling a great product, it’s also about addressing specific cultural needs and reflecting the traditions of their families.

Kayla Castañeda turned to an old family recipe for aguas frescas to create a successful beverage company. In 2021, her company, Agua Bonita, became the first Afro-Latina-owned beverage company to raise $2 million in venture capital funding, according to Essence magazine. Castañeda is also part of the Target Takeoff five-week mentoring program to help get Agua Bonita to Target shoppers.

“This was a really important part of starting this business, was wanting to put our culture at the front and center in a modern way. In the same way that we are modern Hispanics, modern Latinas,” Castañeda said in an interview for Today for Hispanic Heritage Month. “Because that takes on a lot of different shapes for a lot of people.”

Patty Rodriguez and Ariana Stein couldn’t find bilingual books (in English and Spanish) celebrating their heritage for their children. They formed their own company, Lil’ Libros, in 2014, after getting no interest from traditional publishers.

“Hispanic history is American history,” President Joe Biden said during his speech at the White House’s Hispanic Heritage Month Ceremony in September. There are simple things that brands and organizations can do to honor that history: Make sure Latinos are telling their own stories; show a diversity of Latino experiences to reduce tokenism; partner with Hispanic organizations; give back to Hispanic communities; and make sure you’re honoring the contributions of Latino individuals year-round, not just during Hispanic Heritage Month.

Aliana Ramos is the founder of Mira/Look, a startup content aggregator website for news, trends and other resources for the Latino community. She is also a former journalist with over a decade of experience writing for newspapers on education, government, and racial issues. She is a proud Puerto Rican, Dominican American.