A condensed version of this article was first published in WRAL TechWire.

With a recession on the horizon, many leaders might be tempted to scale back or discard their diversity, equity, and inclusion (DEI) initiatives.

But investing in DEI isn’t a luxury. It’s a necessary business expense for companies that want to strengthen their brand, retain high-performing talent, protect themselves from costly legal actions, and weather economic downturns.

In fact, Great Place to Work, which studies workplace culture, reported that publicly traded companies with diverse and inclusive workplaces thrived before, during, and after the Great Recession of 2007 to 2009. The data proves that DEI efforts can strengthen organizations, protecting them in tough times.

We recently invited three experts to explain exactly how DEI can help your company grow in uncertain times and why having a diverse and inclusive workplace will only become more important as time goes on.

When consumers are cutting back and being selective about where they spend, a company’s brand perception matters more than ever, says Suzanne Miglucci, a Business Transformation Consultant and former CEO.

Values-based consumers, and younger people in particular, seek brands that share their ideals and patronize companies that put those ideals into action. A 2020 survey reports that 34% of consumers consider a brand’s commitment to diversity when they’re making a purchasing decision and 64% consider making an immediate purchase after seeing diverse advertisements.

“Gen Z consumers and millennials now have the majority of our spending power in the United States. They’re looking for businesses that operate ethically, and they’re going to spend their money on brands that align with their values and principles,” Suzanne says.

It is imperative that businesses highlight their progress on diversity, equity, and inclusion and display that message as prominently as possible: on the website, in social media, in advertising, everywhere people are getting information about the brand.

“You should have a corporate position on DEI, and that should be considered all the way from your mission statement all the way down to the things that you say on Indeed and Glassdoor,” Suzanne says. “Be consistent, be true, and transparent. This is not greenwashing; this is just being honest about who you are as a business. Get out there and articulate it.”

She also reminds organizations that before they can tell their authentic stories, they need quantitative and qualitative DEI data: not just hiring numbers and demographic percentages, but how employees feel about working at the company and how consumers feel about the brand. To get honest opinions, Suzanne suggests companies use third-party vendors to conduct employee surveys.

Even if your company has an inconsistent record on any measurement, what matters in the messaging is authenticity, transparency, and a commitment toward real progress. Document your DEI journey, wherever you are, and consumers will reward your effort. 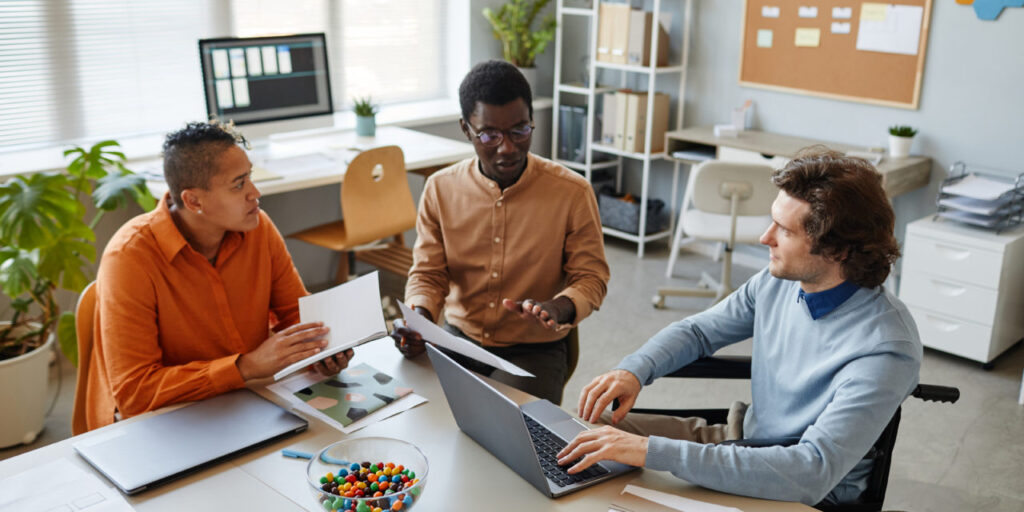 Surviving – and thriving – in a recession means attracting and nurturing hyper-efficient talent and teams with a relentless focus on the future. Potential job candidates pay attention to online reviews and corporate reputation, and many younger people won’t work for companies where DEI is performative and not baked into the culture, Suzanne says. Continuing to invest in DEI will ensure that your company will attract these highly informed employees.

“For millennials and Gen Z, the things that are important are an equitable and diverse workplace, living wages, transparency, and ethical business practices. These values rise to the top of reasons that they’re joining companies,” she says.

Once these employees are hired, it’s vital that they aren’t lured away by better offers and they feel good about coming to work. Studies show that happy employees are 13% more productive, which translates to more than 20 extra hours of work each month.

Danielle David, Chief People Officer at CRB, says her company has been working on their DEI strategy for a little more than a year, but they’ve already seen results.

“Our DEI efforts really allow candidates and employees to see themselves here. We’ve attracted people because they see that this is a place where DEI is top of mind,” she says. “They see that we’re working on DEI, and that’s important to them, so we’ve attracted some really incredible people because of that. And we’ve retained some amazing people as well.”

Integrating behaviors that promote diversity, equity, and inclusion have also amplified the company’s employee wellness initiatives. CRB has been working with team leads, helping them understand how to lead with empathy, because employees, in many cases, are dealing with collective trauma, Danielle says, and those stressors can affect their performance.

“The pandemic, the looming recession, everywhere you turn, there’s something awful in the news, and people bring that with them to work,” she says.

Companies need to create environments where employees can find support when they need it, and encouragement and professional opportunities when those are appropriate. Danielle says employees today expect company leadership to care about them, their professional growth, and their personal lives.

“When I joined the workforce, I expected my company to give me a paycheck and to provide me with a safe working environment,” she says. “Now, I expect our company to care for our employees, welcome them in, and give them a sense of community.”

Along with the benefits of DEI, companies should think about the ways DEI mitigates risk, says Brian “Woody” White, Chief Diversity & Inclusion Officer at Homebridge Financial Services. Those risks include loss of revenue, loss of brand prestige, and loss of employer prestige.

The top level of management in the financial services industry isn’t typically diverse, he says, and that lack of diversity has resulted in some high-profile fines and legal action. For example, in July, Trident Mortgage Company was ordered to pay over $22 million for discriminatory lending practices, or redlining, in and around Philadelphia. The federal complaint also cited examples of racist emails being circulated by Trident loan officers, assistants, and employees.

“When there’s limited diversity at a company, there’s nobody really interested in the checks and balances of working properly with the community,” Woody says. “So those fines, that’s what happens when there’s no diversity in companies that really need it.”

In the home appraisal industry, a lack of diversity has led to dozens of lawsuits from Black homeowners in the last two years, according to the New York Times. Among those alleging discrimination are a Maryland couple, whose Baltimore home was first valued at $472,000. But, after they removed any indications that Black people lived there, a second appraiser set the home’s value at $750,000. More than 97% of home appraisers are White, and in March, the Biden administration announced a set of planned reforms.

Organizations should expect to see more governmental scrutiny, Woody says. In the construction industry, supplier diversity is already mandatory if firms want to be awarded public contracts. And, while it was ultimately judged unconstitutional, a recent California law mandated that public companies headquartered there had to have women on their boards of directors.

“At some point, there’s actually going to be fines and penalties associated with not trying to do better with diversity and inclusion,” he says.

The right strategy for each company

As our experts have shown, DEI can be easily aligned with a company’s goals of growing revenue, increasing talent acquisition, and reducing legal risk. At any time, but particularly when budgets are tight, DEI should be integrated into an organization’s existing priorities. Companies that are able to intertwine DEI with existing goals have much more staying power, because it’s already tied with initiatives that have momentum.

But in order to weave DEI into the fabric of an organization, it’s vital to enlist the support of senior leaders and board members, Suzanne says. One of the best ways to get that support is with data: gather information about your current DEI initiatives and benchmark what your competitors are doing, what is standard in your industry and across your supply chain.

“Do the math, so that you fully understand the baseline,” she says. “Then, tie these numbers and this data to some of the core initiatives you have going on today, because the board already has those on their radar.”

Without hard numbers, without concrete evidence of the effects of your current DEI initiatives, it’s hard to make the case for continued investment.

“But, if you bring the board a progressive plan that shows how your organization can take this data, move it forward, and show where the progress is expected to go – even if you have to adjust the plan later – that gives the board something very positive that they can react to,” Suzanne says.

The other advantage of accurate data is that it allows companies to tailor their DEI strategies to address specific weaknesses. While there are foundational principles, how those principles are put into action might change depending on the work environment and the organization.

It’s essential that organizations adopt the right DEI strategy – one that fits their company, their industry, their goals, and their needs. But regardless of these factors, DEI will always be a smart investment, even during a recession.

But how can you continue to make progress on DEI when money is tight? Turn to DEI Navigator, the fastest, most cost-effective way to ensure long-term success for your team. Our monthly membership service is designed exclusively for small- to medium-sized businesses committed to scaling DEI, but who may not know how to get started or feel stalled in their progress. DEI Navigator gives you access to our award-winning team, along with expert curated content, how-to guides, specialized training and workshops, and access to our MicroVideos platform, recently awarded the designation of World Changing Idea by Fast Company.